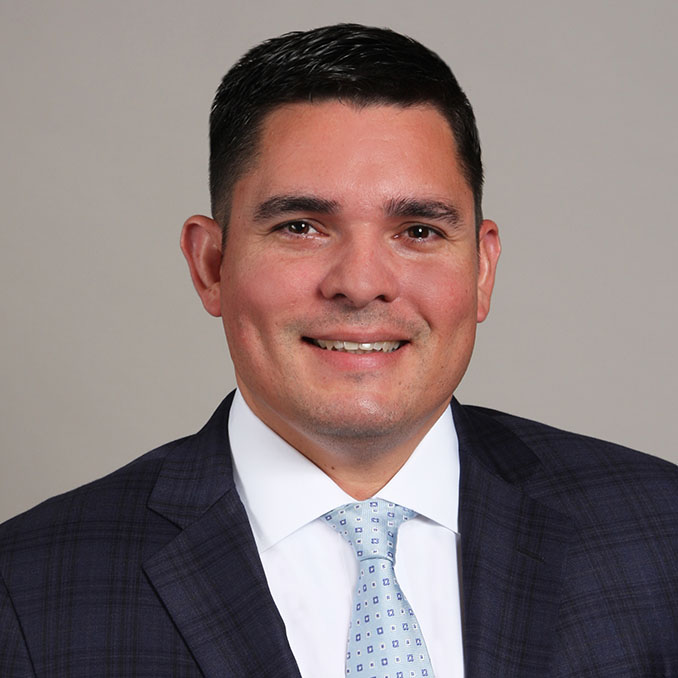 Mr. Ortega is the Principal of Financial Institutions Law, PLLC, also known as G. Ortega Law. Prior to practicing law, Mr. Ortega was the founder of Houston Business Bank, where he served as a Director and President & Chief Executive Officer. The bank charter he founded was one of only four awarded in the State of Texas at that time, and Houston Business Bank was one of less than a dozen banks to receive FDIC insurance nationally in 2009. Mr. Ortega has more than 20 years of banking and financial experience, including with JP Morgan Chase and Wells Fargo Bank. This prior “real world” executive and banking experience allows Mr. Ortega to understand the perspective of the banker/business owner. These insights help to eliminate the learning curve and thus get to the heart of the legal matter.

Mr. Ortega has been recognized for his efforts in both the professional world and in the community in which he has lived and worked. Mr. Ortega was recognized as one of Houston Business Journal’s 40 Under 40 Award in 2011 for his work in starting and managing Houston Business Bank, and as a 2012 Pillar of Fairness Award for the North Side Independent School District in San Antonio, Texas for his commitment to both the banking profession and mentoring young students. He has been involved with various community organizations like Class 26 Leadership Houston and the Big Brothers/Big Sisters Program.

Mr. Ortega resides in Houston Texas with his wife and three children.