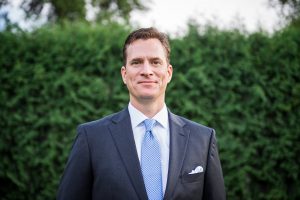 David Gerszewski was formerly a banker and subsequently a partner with a European-based hedge for almost twenty years. For the first ten years, David worked as a proprietary trader speculating in interest rate, currency, credit, and commodity derivatives markets for American investment banks. The balance of David’s Wall Street career was spent as the risk manager for a multibillion-dollar hedge fund headquartered in London, England, which invested primarily in emerging market economies throughout Eastern Europe, the Middle East, Africa, and Asia. David’s business travels took him to over 70 countries, most of which were in the developing world, to conduct research into investment opportunities and evaluate the macroeconomic and political trends relevant to investment risks of his portfolios.

David retired from his finance career in 2009 to build and eventually sell a franchise restaurant concept based in Florianópolis, Brazil. In 2013, David returned to the United States with his wife, a native of São Paulo, Brazil, to practice law.

David earned double master’s degrees in Applied Statistics from Arizona State University and in International Security from the University of London. David earned his Juris Doctor law degree from the Arizona State University College of Law and is licensed to practice in Arizona, Colorado, Minnesota, North Dakota, the United States Tax Court, and several other federal trial and appellate courts. He is a dual citizen of the United States and Great Britain.